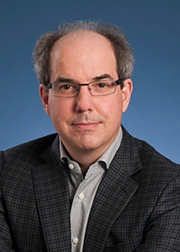 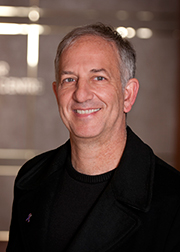 Dr. Steven Gallinger is an Hepatobiliary/pancreatic (HPB) surgical oncologist and member of the GI Site Cancer Program at Princess Margaret Cancer Centre. He is Professor of Surgery at the University of Toronto and Chair of the Cancer Care Ontario HPB Community of Practice. His research interests are primarily in the area of GI cancer genetics and he is co-Director of the Centre for Cancer Genetics at the Samuel Lunenfeld Research Institute, and co-PI of the Zane Cohen Familial Gastrointestinal Cancer Registry at MSH. He is also PI of the Ontario Pancreas Cancer Study, a member of the NIH funded Pancreas Cancer Genetic Epidemiology consortium, a population-based registry of pancreas cancer cases and their families which is now integrated with the International Cancer Genome Consortium at the OICR where he is Head of the Translational Research Initiative in pancreas cancer, termed PanCuRx. Dr. Gallinger also co-leads (with Dr. Jennifer Knox) the McCain Centre for Pancreas Cancer which supports the rapid diagnostic and treatment program at UHN. 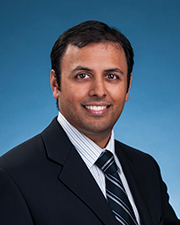 Dr. Anand Ghanekar, MD PhD, is an attending surgeon in the Division of General Surgery at the University Health Network and Hospital for Sick Children, and Assistant Professor of Surgery at the University of Toronto. Dr. Ghanekar’s clinical practice is focused on abdominal organ transplantation in adults and children. He is Co-Director of the Kidney Transplant Program at the University Health Network. Dr. Ghanekar’s research laboratory studies stem cells in the context of hepatocellular carcinoma as well as developmental liver diseases.

Dr. Ian McGilvray studied medicine at McGill University, graduating in 1993. He entered the General Surgery training program at the University of Toronto that same year. During his residency he undertook graduate studies in Dr. Ori Rotstein’s laboratory, and obtained a PhD in Cell Biology. He became a Fellow of the Royal College of Physicians and Surgeons of Canada in 2001. After a clinical fellowship in Transplantation and Hepatobiliary Surgery at Toronto General Hospital, he began his appointment at University Health Network in 2003. He currently leads the HPB Surgical Oncology Program at UHN and is a Professor in the Department of Surgery at the University of Toronto. His clinical focus is devoted to transplantation and to complex liver and pancreas oncology. His research centers on diseases of the liver, and includes research in viral hepatitis and nanomedicine. 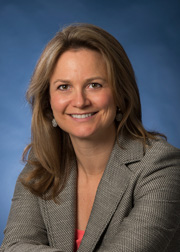 Dr. Carol-anne Moulton graduated from The University of Melbourne, Melbourne, Australia in 1992 and completed general surgical training earning certification from the Royal Australasian College of Surgeons in 2001. She undertook several Fellowships following this including a Fellowship in Upper Gastrointestinal and Laparoscopic Surgery at St. Vincents Hospital in Melbourne, a Fellowship in Hepato-Pancreatico-Biliary (HPB) Surgery at Toronto General Hospital, and a Surgical Education Fellowship at the University of Toronto, earning a Master’s of Higher Education in 2006 and a PhD in 2010. She is an Associate Professor in the Department of Surgery and Co-Director of the HPB Fellowship Program at the University of Toronto, and the Medical Director of the Operating Room at Toronto General Hospital. In early 2010, Dr. Moulton became a Scientist at the Wilson Centre at the University of Toronto, and she is the recipient of the Early Researcher Award from the Ministry of Research and Innovation. Her research has been supported by the Medical Council of Canada, the Royal College of Physicians and Surgeons of Canada, and Physicians’ Services Incorporated. Dr. Moulton’s research program focuses on understanding the complexity of surgical judgement, the development of surgical expertise, and underlying causes of surgeon error.

Dr. Gonzalo Sapisochin graduated from the Medical School at the Universidad Complutense de Madrid, Spain, in 2005 and went on to complete his general surgery residency at the Hospital Universitario Vall d´Hebron, Barcelona, Spain in 2011. During his residency, he spent time in the USA, at both Jackson Memorial in Miami, and the University of California in San Francisco. In 2011 he also completed his doctoral thesis at the Universidad Autonoma of Barcelona.

From 2011 to 2013, he was employed as a staff surgeon at the Hospital Universitario Vall d´Hebron, in the Department of HPB Surgery and Transplantation.

In 2014, he began his Abdominal Transplant & HPB Surgical Oncology Fellowship at the University of Toronto, which he completed December 2015.  As of January 1, 2016, he became a Staff Surgeon at the Toronto General Hospital, and an Assistant Professor in the Department of Surgery, at the University of Toronto.  In the winter of 2016 he spearheaded the creation of the Toronto Liver Cancer Research group, for which he is PI.  Most recently, he has taken on the role of Fellowship Research Director, for the HPB/Surgical Transplant Fellowships.

Dr. Blayne Amir Sayed is an alumnus of the University of Virginia and a graduate of the Medical Scientist Training Program at Northwestern University. His General Surgery training was completed at Emory University in Atlanta, GA in tandem with a year-long liver transplant clinical fellowship at King’s College Hospital in London, UK. Dr. Sayed subsequently completed his Fellowship in Abdominal Organ Transplantation and Hepatobiliary Surgery at the University of Toronto where he is currently appointed as Assistant Professor in the Department of Surgery. His primary clinical appointment is at the Hospital for Sick Children where he is Surgical Lead for Pediatric Liver Transplantation, with an additional appointment in the University Health Network Multi-Organ Transplant Program at Toronto General Hospital. Dr. Sayed’s research is focused on cellular immunology, specifically molecular mechanisms of T cell activation in the alloimmune response. He is an Associate Scientist within the Cell Biology program at the Hospital for Sick Children Research Institute where he is currently starting his lab under the guidance of renowned senior scientist, Dr. Sergio Grinstein.